I suspect there are quite a few people who, when they learn of my occupation, imagine that I am spending my days in forests and meadows, surrounded by the glories of nature. Yes, I sometimes do have those moments, but the majority of my time is spent working in locales that are far more familiar to any of us who lives in urbanized places.  During this past week my travels brought me to possibly one of the most unlikely places I’d expect to get a lesson in landscape history: a car wash.

I was asked to do perform a tree inventory for the parcel of land the car wash occupied. The lot was surrounded by very busy, high volume roadways. The purpose of the inventory was to help assess the existing conditions there - a part of the permitting process.  When I arrived on the site I expected a run-of-the-mill survey of species that one encounters all the time in such built up places.  And while it was true the car wash trees were types that were (mostly) common this particular assemblage provided a remarkable miniature study of local urban forestry issues that any tree geek would appreciate.

There are times when one can divine a landscape’s history by looking at what is growing there. The car wash landscape - I’m guessing - was planted in the 1970’s or 80’s.  The older trees were all in the 10-20 inch diameter range, and like species were all pretty much the same size, which likely equates to age in this case.

There was a group of leggy Austrian pines growing too close together, planted too near the neighbor’s building that had all been limbed up out of necessity.  When they went in they were probably cute, but they were thin now, their crowns stunted.  On the other side of the lot were a line of Green ash trees that were all in the 14-17 inch diameter range. They were all decimated by Emerald ah borer, and the only living thing on them now were suckers - slender branches that the tree shoots out in a final desperate attempt to survive. One could see that, in their day, these had made up a really nice row of trees.

There were other normally reliable species such as crabapples, hackberries, and maples that were in various stages of decline.  One could see the usual signs of a tired landscape: insect infestation, poor management (pruning, etc). It is a car wash, after all, not a public garden.  Of the planted trees, the handful of hackberries seemed the most durable, but even they had witches brooms - signs of distress that I’m guessing may been a symptom of air pollution and/or salt spray damage.

Of all the trees on the site the ones that seemed the most vigorous were the handful of White poplar trees. This is a species that is normally seen as invasive and even somewhat weedy. Nurseries don’t grow them. The poplars that grew here actually were pretty happy in this otherwise harsh setting - along roadways that, according to IDOT, carry over 60,000 cars per day. Perhaps these are the urban trees of the future?

Possibly the most interesting find for me was the sight of a battered, nearly dead, Russian olive tree hidden in a neglected corner of the lot, on the edge of drainage ditch. Russian olives are a species that was once promoted as one that would attract wildlife. They could still be seen around Chicago pretty regularly in the 1980’s, but even then they were fading fast.  Another introduction that was a bad idea, they either became invasive in places, or unreliable in others (i.e. Chicago).  I see them now rarely, maybe once a year.

This car wash - of all places - would be a great field visit stop for my plant ID students. It’s all here on display: good and bad planting choices; invasive plant and insect species; all knitted together on a landscape that is likely going to be wiped clean and started anew. It’s good to remember that these trees, when installed decades ago, would have been seen as a pretty solid and durable choices. It will be interesting to see what the future holds for this otherwise anonymous landscape.
Posted by Dave Coulter at 7:40 PM 2 comments: 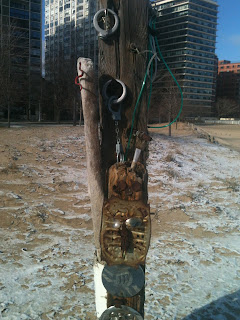 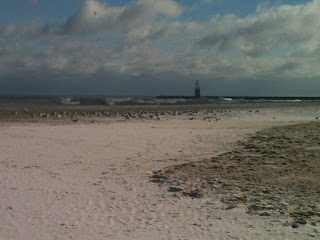 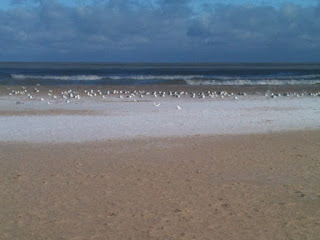 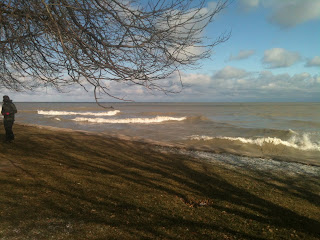 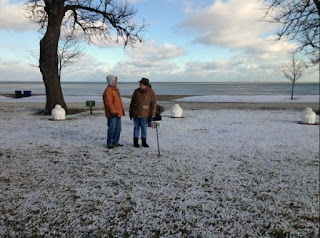 Posted by Dave Coulter at 8:51 AM No comments: